The Israel-Palestinian Peace Process Has Been a Massive Charade

So long as Palestinian rejectionism runs rampant, debates about one-, two-, and three-state solutions are for naught. 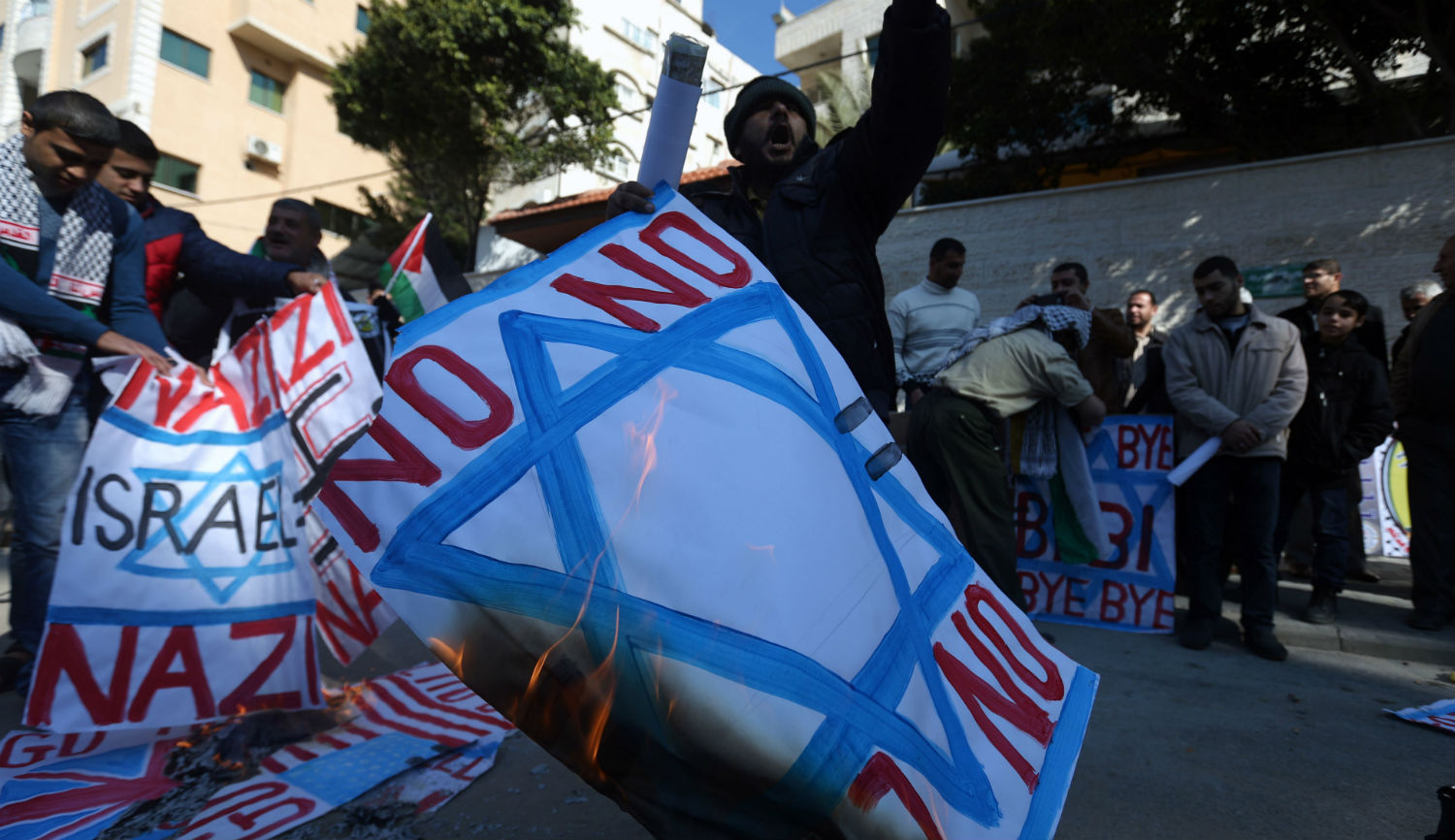 Daniel Polisar of Shalem College in Jerusalem shook the debate over Palestinian-Israeli relations in November 2015 with his essay, “What Do Palestinians Want?” In it, having studied 330 polls to “understand the perspective of everyday Palestinians” toward Israel, Israelis, Jews, and the utility of violence against them, he found that Palestinian attackers are “venerated” by their society—with all that that implies.

He’s done it again with “Do Palestinians Want a Two-State Solution?” This time, he pored over some 400 opinion polls of Palestinian views to find consistency among seemingly contradictory evidence on the topic of ways to resolve the conflict with Israel. From this confusing bulk, Polisar convincingly establishes that Palestinians collectively hold three related views of Israel: it has no historical or moral claim to exist, it is inherently rapacious and expansionist, and it is doomed to extinction. In combination, these attitudes explain and justify the widespread Palestinian demand for a state from “the river to the sea,” the grand Palestine of their maps that erases Israel.

With this analysis, Polisar has elegantly dissected the phenomenon that I call Palestinian rejectionism. That’s the policy first implemented by the monstrous mufti of Jerusalem, Amin al-Husseini, in 1921 and consistently followed over the next near-century. Rejectionism demands that Palestinians (and beyond them, Arabs and Muslims) repudiate every aspect of Zionism: deny Jewish ties to the land of Israel, fight Jewish ownership of that land, refuse to recognize Jewish political power, refuse to trade with Zionists, murder Zionists where possible, and ally with any foreign power, including Nazi Germany and Soviet Russia, to eradicate Zionism.

The continuities are striking. All major Palestinian leaders—Amin al-Husseini, Ahmad al-Shukeiri, Yasir Arafat, Mahmoud Abbas, and Yahya Sinwar (the new leader of Hamas in Gaza)—have made eliminating the Zionist presence their only goal. Yes, for tactical reasons, they occasionally compromised, most notably in the Oslo Accords of 1993, but then they reversed these exceptions as soon as possible.

In other words, the Israeli-Palestinian “peace process” that began in 1989 has been a massive charade. As Israelis earnestly debated making “painful concessions,” their Palestinian counterparts issued promises they had had no intention of fulfilling, something Arafat had the gall publicly to signal to his constituency even as he signed the Oslo Accords, and many times subsequently.

So long as rejectionism runs rampant, debates about one-, two-, and three-state solutions, about carving up the Temple Mount into dual sovereign areas, or about electricity grids and water supplies, are for naught. There can be no resolution so long as most Palestinians dream of obliterating the Jewish state. Indeed, this makes negotiations counterproductive. The Oslo Accords and other signed pieces of paper have made matters much worse. The farce of negotiations, therefore, needs urgently to end.

If no more negotiations, then what? Polisar rightly recommends tackling the problem head-on with “policies that seek to reduce decisively popular Palestinian support for a maximalist state.” This shift accords with what I call an Israeli strategy for victory: breaking the Palestinians’ will to fight by convincing them that Jews have historic ties to the land, that Israel has a determined citizenry, a powerful economy and military, and mighty allies, even as it respects its neighbors and will be around into the distant future. Therefore, the dream of a grand Palestine is the purest fantasy.

In other words: Palestinians, the game is up. Accept the Jewish state, bargain with it, and benefit from its dynamism.

Here, happily, things are not entirely bleak. My research finds, and Polisar’s confirms, that about 20 percent of Palestinians are ready to live peaceably with the Jewish state. The challenge is to increase this number to 60 percent and more, so that this group at last can wrest control of the Palestinian national movement from rejectionists.

This process will be neither easy nor pleasant, for there is no avoiding the bitter crucible of defeat. The Palestinian Authority and Hamas will violently repress readiness to accommodate Israel, making the transition all the more painful. They will not, however, manage to reverse their populations’ demoralization and restiveness, or stop the movement favoring an end to hostilities. As the reality of defeat sinks in, new voices will inexorably be heard and will strengthen, calling for an end to the century-long catastrophe of rejectionism.

When Palestinians emerge from this ordeal, they will greatly benefit from throwing off the burden of anti-Zionism. Finally, they can begin to build their own polity, economy, society, and culture. Finally, they can learn from their remarkable neighbor. All will gain when this proud people turns its attention to creating the institutions of civil society and to teaching children skills rather than hatred.

International, and especially American, support will much enhance the Israeli strategy for victory and the transition to a better future for Palestinians. May the Trump administration end the failed cycle of negotiations and instead help its “cherished ally” win its war.

The Israel-Palestinian Peace Process Has Been a Massive Charade
1. Essay

Palestinians Aren't Ready to Make Peace with Israel. That Doesn't Rule Out a Peace Deal.
4. Response